Sarkodie’s ‘New Guy’ song featuring AceHood is the 4th most played Sarkodie’s song on Naija, UK, Germany and Belgium radio stations in the past month - Gh360songs.com 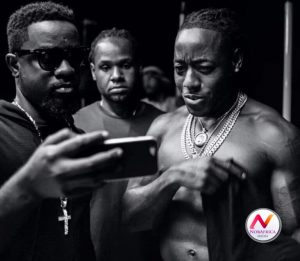 Sarkodie’s ‘New Guy’ song featuring AceHoood regardless of controversies that surrounded it is still very hot on the airwaves.

It seems Sarkodie is still taking some royalties from his ‘New Guy’ song featuring Acehood released years ago.
The ‘New Guy’ banger is Sarkodie’s fourth most played song aside his ‘Lucky‘ song featuring Rudeboy, ‘PainKiller’ with Runtown, and ‘Overload‘ featuring Oxlade.

A SarkNative touched on that fact with proof by releasing a screenshot of with the caption:

“sarkodie New Guy by @sarkodie ft AceHood is the 4th most played Sarkodie song on Naija, UK, Germany and Belgium radio stations in the past month.

Obidi dey chop royalties from a song that Ghanaians only concentrated on the $25k rather than the effort and 🔥🔥 that record was..”

That is the true definition of ‘The Highest’.

See The Screenshot Below: 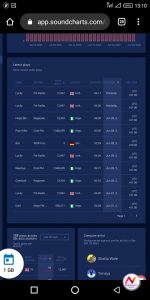