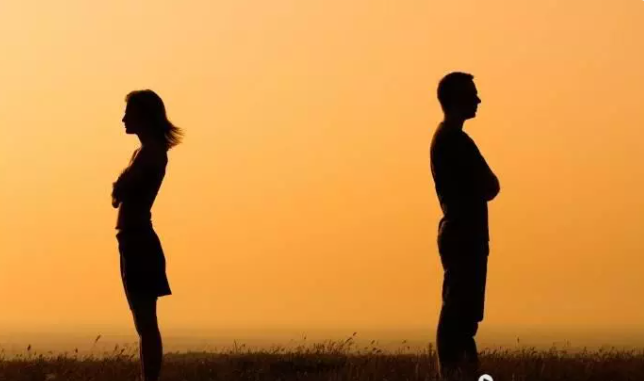 Every human activity, no matter how beautiful or precious it may seem, may have an element of imperfection. However, there’s always an opportunity available to manage our imperfections, and if possible, limit the impact of certain unwise decisions or actions on our lives. Undoubtedly, we all live by our choices – and every choice we make at any point in time will eventually shape our future direction. Embedded in those choices are consequences, and we can never stop them from impacting us, once an action is being taken. The only solution to the reality is to amend our choices, and embrace the realities that are associated with life choices so we can administer an assessment and evaluation plan to track the progress of every choice we make at all times.

In this era, people enter into a relationship with a constellation of reasons: some see it as a form of funfair or recreation while others view it as an emotional and lustful satisfactory endeavour. In some instances, people do it because of wealth (money), fame, physical appearance or outlook, hedonistic fulfillment, or “immature love”. Among other reasons are pressure from friends, peers, families; as well as certain drivers such as greed, sex, and fantasy. In rare cases, people do it for companionship, unity, partnership, ” mature love” and the willingness to identify and meet each other’s needs.

Due to the wide range of different ideological agenda, mindset, intentions, perceptions, motives, and rationale people have about relationship, it’s very difficult to determine and predict the survival, progressive and sustainability rates of any relationship endeavour. It’s critically significant and imperative that both parties, willing to have a relationship life together do an extensive analysis of each other’s general mode of life, strengths, weaknesses, personality and character traits, as well as their level of resilience and locus of control.

However hard some may try to heed to the above action-plan, others may tend to overlook them, and rather take delight in committing and repeating some key errors, which sooner or later spell doom on their relationship life.

In the subsequent paragraphs, we shall critically delve extensively into two key errors that are mostly ignored in relationships, yet pose a great deal of threat to the parties who commit them.

Entering Into A Relationship Without A Plan

Every activity one engages in must have a detailed plan. Life without a plan has no direction and purpose. It means you have a dead dream or vision – which implies that you can be twisted, moved and skewed in any path, without you knowing where you’re going. Such people take delight in being “busybody” in other people’s business, and tend to run “helter-skelter” in life. Accepting things “hook, line and sinker” is something they highly desire. Hence, failure, retrogression and continuous repetition of mistakes are the likely predictable results in such people’s lives.

This mistake is the most committed error in contemporary relationships, which eventually ripples to cumulate and multiply to form other complicating errors in the long-run. Greater percentage of people in relationships today tend to spend most of their energy, time, and other key resources rectifying one error or another. They tend to take delight in preaching the adage, “prevention is better than” in their health and medical endeavours, but fail woefully to apply it in all facets of their lives. That’s ridiculous; isn’t it?

Why be in haste or toe a haphazard path while there’s an absolutely better life waiting for you, in a more patient and preparatory decisive choice? If you take for granted the need to adequately plan and prepare for your relationship life, you’ll easily be misdirected, attacked and consumed by storms. This is critical because whatever you do today will determine how far you’ll go in life.

If you ask some people about where they want to be in life for the next five year, you’ll see them staring at you; as if you’ve asked them the toughest question in the world. They may receive some form of exemptions because obviously they were not socialized or oriented in that regard. The family they’re from, and the society in which they live, never saw that as a necessary socialization ingredient. Hence, they may tend to have a “zero absorption rate” on it. However, if you were denied in one way or the other of that necessity, that does not mean you should “sleep over” it. It’s your job to train yourself in certain key life ingredients, which your family or society was not be able to give you.

If you enter into a relationship with someone who finds it difficult to plan his or her daily activities, then there’s a likelihood that your relationship life may never have a sense of direction! If you accept such person in your life, where do you think he or she will drive the relationship to? It’s obviously predictable that such relationship affair is already on a “backward conveyor belt”! It’s a “visionless relationship; a relationship that is off track”! It’s like you’re forcing to put square pegs in a round hole. In the initial stage, you may find it to be thriving, but subsequently, it’ll land you in an island you never wished for – and you may be wondering if life is really on your side.

As an individual, you should design a development plan, coupled with an action plan to decide the kind of person you want to date and marry, as well as the kind of activities you want to involve yourself in when you finally enter into that relationship. You should also factor into that development plan, your grand-rules, moral principles, ethical standard, financial plan, emotional plan, and let the other party become fully aware of your overarching goal, dream and purpose in life; and ultimately, things that matter to you most in life.

Aside that personal preparatory work, when both parties decide to join hands and hearts in a relationship, they must at all cost, sit down and invest fully in the preparation of development and action plan for their relationship life. We must all take note that, relationship is not something we enter into, it’s something we create ourselves; and the first and best architectural step we must take is to have a comprehensive wise plan.

This is a mistake most people intentionally commit. It’s a decision that is willfully made, but has very dangerous side effects, most people are ignorant about. It’s either they overlook them or they try to swallow them, or accept the reality, hoping that along the way, things will get better. The fact is, human beings are complex creatures, whose behaviour is so difficult to study, understand, and predict. However, as you interact with people regularly, there may be certain manifest traits or actions that keep repeating themselves over time. Therefore, you must give a critical eye to such behavioural exhibitions, and probe further into it, to understand why they portray such actions. Since life is full of choices, some may never pay attention to any of these steps, but will forever embrace everything about the person he or she wants to be with in a relationship. Preferably, aside their disastrous traits, they have “that single quality” that keeps ringing like a perfect song of love in their ear.

But the reality is that if you want to enjoy the best relationship life, then you must never entertain people who have troubling behaviour or attitudes, and hope that you’ll change them or they’ll become angel-like creatures along the way. Anything that has to do with behaviour, character or attitude is very difficult to rectify because it is something they’ve learnt over time; it’s a series of continuous repeated set of actions, which have become part and parcel of them.

While masters always look for the best in everything they do, and strive to shape the lives of people around them, “disasters” tend to cause havoc, confusion and disruption to any beautiful, precious or better things around them. They always want to blame other people for their actions, downfalls or problems. More evidently, “disasters” have unstable emotional outlook. They may become jovial in a flash, turn to their moody state, come back to their laughable mood, and then proceed to whatever mood they prefer according to certain presenting or rising situations or circumstances. Due to their swinging psycho-emotional state, they’re likely to have issues with anger management, and more severely susceptible to exhibition of abusive behaviour.

Moreover, instead of teaming up with you to develop a conflict resolution plan for the relationship, they rather take delight in bringing a third party to resolve instances of conflict or disagreement in the relationship. In some instances too, whenever there is a misunderstanding, they get hooked to their egocentric tendencies and begin to cut off their emotions with you. They see themselves to be perfect, despite their “awkward” behaviour. Instead of accepting their mistakes and teaming up with their partner in the rectification of their mistakes and ill manners, they rather preach to their partner to change. There’s always a display of dramatic irony in such relationships.

While masters are assets in relationships, disasters always pride in draining and depriving the relationship of its progress and sustenance. It’s worth noting that relationship is not a game we gamble with. Hence, if you want to enjoy a relationship at its best, then be conscious of the kind of partner you choose. Be wise, so that you can reap the fruits of your wise decisions in future.