Few days past when Child Rights International (CRI) has petitioned the Criminal Investigations Department (CID) of the Ghana Police Service over socialite, Akuapem Poloo’s raw photo with her son.
Akuapem Poloo, in the early hours of June 30, 2020, set social media buzzing with a photo she posted to mark her son’s 7th birthday.

Her decision to post such a photo, according to her, was to commemorate the day she was naked in the labour ward as she delivered her son.
Well, Rosemond Brown as widely known, is still very much in trouble but she could actually care less about it.

She is still the very loudmouth person she has always been but this time around, we are not even going to fault her for what she did.

She shared a picture of herself and one male user decided to act all foolish and offensive in the comment box.

He asked Poloo how much she would charge to sleep with his dog for a night, literally saying the mother of one sleeps with dogs for money. 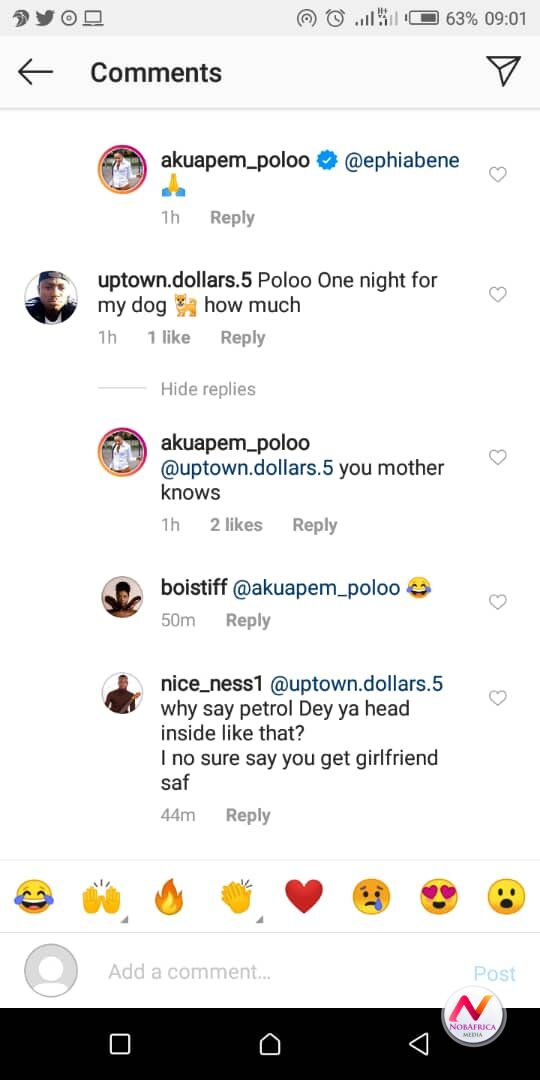