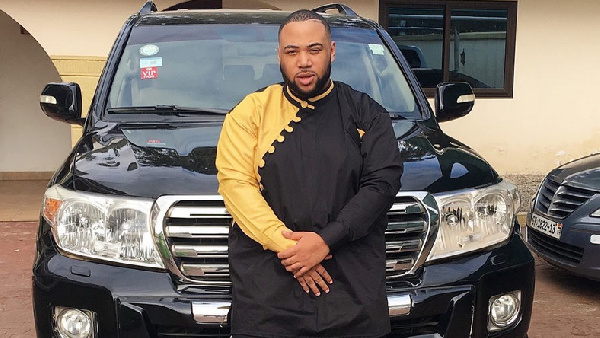 Daniel Duncan Williams, last born son of Archbishop Nicholas Duncan-Williams, has made his first social media appearance after being arrested.Dee Wills, as he is known on the gram, went live for the first time since he was arrested by US Police officials at his home in Virginia.

Daniel Duncan Williams was apprehended after he went live on Instagram to disclose certain sensitive information about himself and the family.Trending in the last month, were sexually explicit videos of the son of the revered man of God engaging in sexual activity with some girls in a pool and calling out his dad for being a control freak.

At the behest of the Duncan-Williams family, Daniel was arrested and taken to a mental facility where he has been for the last 30 days.

Also, it was revealed that Dee Wills was off his meds as his father, The Archbishop, explained that his son had been diagnosed of acute bipolar disease about 6 years ago.

Upon being released, Dee Wills again took to his Instagram live and went ranting at fans who kept dropping comments.

He mentioned that he is coming back to Ghana as soon as border restrictions due to the coronavirus pandemic are eased.In response to a fan who asked him if he met Hushpuppi in prison Daniel said, ” I saw your mothers.”

Daniel added that he told the security officials not to release him because he was only going back to his old ways.

In the video he was heard saying, ” They thought it was drugs that was doing me. I’ve just been hospitalized and stabilized. It is not any drugs. You haven’t seen me for 30 days and now I’m back.Is it the drugs or am I just a fool.”

Daniel got people confused and wondering whether he was just joking and having a good time or his mental issues were kicking in again.

The embattled young man and musician also had a live chat with a record producer, who appeared to be his friend, as they spoke about recording new music upon his release.