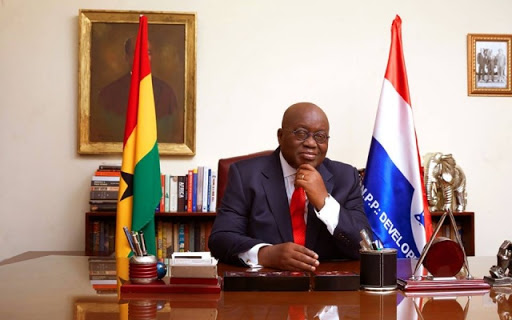 The President, Nana Addo Dankwa Akufo-Addo will from today, Monday, July 20, 2020, resume his official duties after being in isolation for 14 days.

The Minister of Information, Kojo Oppong Nkrumah, who made this known at a press conference on Sunday [July 19, 2020] said the President will “attend to business from his office at the Jubilee House” from today.

He will also attend to some engagements outside Accra within the week.

The President went into self-isolation for 14 days as a precautionary measure after being exposed to a person who tested positive for Coronavirus.

He, however, tested negative after his first samples were taken and has since been engaging in his official duties from the Presidential Villa.

While in isolation, the President held two virtual meetings – government’s 80th cabinet meeting and a meeting with his 2020 Campaign Communications Advisory Team where he urged the team to emphasize the need for adherence to Coronavirus safety protocols.

The Minority in Parliament had early on questioned the grounds on which the President was self-isolating.

The Minority had wondered why the President was directed to self-isolate when reports had suggested he had not tested positive for the virus.

In a statement, Ranking Member on the Parliamentary Select Committee on Health, Kwabena Mintah Akandoh said the announcement of the President embarking on a two-week self-isolation over Coronavirus scare contradicts public health infection management.