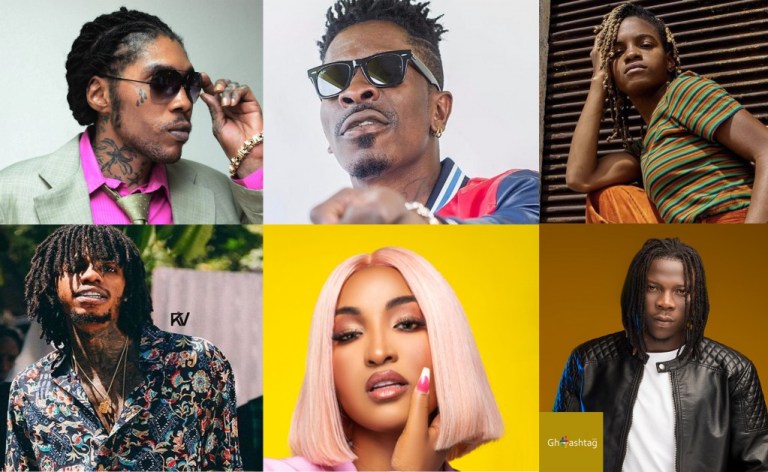 Dancehall is a genre of Jamaican popular music that originated in the late 1970s. Initially, dancehall was a more sparse version of reggae than the roots style, which had dominated much of the 1970s.

With the emergence of dancehall music, we have seen quite the name of musicians who have maintained the top spots even though the competition has been tough in recent years when it comes to dancehall music.

While many artists try their hand on the genre, very few ensure that dancehall vibes remain in the airwaves.

Who is the king of dancehall music? Find out in our list of best dancehall artists of 2020

2. Sean Paul
Sean Paul Ryan Francis Henriques OD is a Jamaican deejay, singer and record producer. His singles “Get Busy” and “Temperature” topped the charts in the United States, and most of his albums have been nominated for the Grammy’s Best Reggae Album, with Dutty Rock winning the award.

3. Shaggy
Orville Richard Burrell CD OJ, better known by his stage name Shaggy, is a Jamaican reggae musician, singer, DJ, and actor who scored hits with the songs “It Wasn’t Me”, “Boombastic”, “In The Summertime”, “Oh Carolina”, and “Angel”.

6. Beenie Man
Anthony Moses Davis, better known by his stage name Beenie Man, is a Jamaican dancehall deejay. He is widely considered one of the greatest and most internationally-recognized dancehall artists of all-time

8. Popcaan
Andrae Hugh Sutherland, known professionally as Popcaan, is a Jamaican deejay, singer and songwriter from the parish of Saint Thomas. In 2008, Popcaan joined Vybz Kartel’s Gaza Music Empire. In 2010, he released his breakthrough international hit “Clarks” with Kartel, an ode to the popular shoe brand

9. Sizzla Kalonji
Miguel Orlando Collins, known by his stage name Sizzla Kalonji or Sizzla, is a Jamaican reggae recording artist. He is one of the most commercially and critically successful contemporary reggae artists and is noted for his high number of releases. As of 2018 he has released 56 solo albums.

11. Lady Saw
Marion Hall is a Jamaican singer-songwriter whose career has spanned over two decades. Widely known as the Queen of Dancehall, she is the first female deejay to be certified as a triple-platinum and Grammy Award–winning artist.

12. Koffee
Mikayla Simpson, better known as Koffee, is a Jamaican reggae singer, rapper, deejay, guitarist and Grammy Award-winning artist from Spanish Town, Jamaica. She released her debut single “Burning” in 2017, and in 2019 signed with Columbia Records

13.Mavado
David Constantine Brooks, better known by his stage name Mavado, is a Jamaican dancehall singer, who is signed to We the Best Music Group and formerly to Cash Money Records.

15. Bounty Killer
Rodney Basil Price, known as Bounty Killer, is a Jamaican reggae and dancehall deejay. AllMusic describes him as “one of the most aggressive dancehall stars of the ’90s, a street-tough rude boy with an unrepentant flair for gun talk”. He is considered one of the best dancehall lyricists of all-time

17. Spice
Grace Latoya Hamilton, known professionally as Spice, is a Jamaican dancehall recording artist, singer and songwriter. Beginning her career in the early 2000s, she had her first major success with the controversial single “Romping Shop” with Vybz Kartel in 2009

18. Kranium
Kemar Donaldson popularly known as Kranium, is a Jamaican reggae and dancehall singer known for his 2013 hit single “Nobody Has To Know” which gave him an international recognition and led him to the Atlantic Records record label

20. Shatta Wale
Charles Nii Armah Mensah Jr., is a Ghanaian dancehall Singer, Songwriter, Actor and CEO of Shatta Movement Empire. He won Artiste of the Year at the 2015 Vodafone Ghana Music Awards for his best known single “Dancehall King”, and has appeared films such as Never Say Never, The trial of Shatta Wale, and Shattered Lives

21. Shenseea
Chinsea Lee, popularly known as Shenseea, is a Jamaican dancehall artist, born in Saint Elizabeth Parish in the county of Cornwall with the capital of Black River, Jamaica which is located southwest of the country. With most sources of the internet stating facts that the Dancehall artist was born in Kingston

22. Masicka
Javaun Fearon better known by his stage Masicka is Jamaican dancehall artiste, born and raised from Portmore. Masicka has been on the dancehall scene since he was a teenager, and has slowly been making a name for himself and his Genahsyde crew

24. Jahmiel
Reggae singer/songwriter Jamiel Foster was born in Portmore, Jamaica in 1992. He immediately took to music as a youth, performing and writing original songs by the time he was 12, and working toward a full-time life in music by his teenage years.

25. Squash
Andrea Whittaker- who goes by the stage name of Squash is from the Jamaican city of Montego, Squash has taken the dancehall industry with a bang with hits such as “Trending “and “Money Fever”. He has collaborated with other prolific dancehall artists such as Vybz Kartel, Chronic Law, Jahvillani, and Bobby Six. He has great videos for jams such as “Beat Dem Bad “and “Cyah be the Same”

26. Chronic Law
Chronic law whose birth name is Akeeme Campbell is a new generation Deejay/Singjay with his roots flowing from deep within the east side.

27. Stonebwoy
Livingstone Etse Satekla, better known by his stage name Stonebwoy, is a Ghanaian Afropop, dance hall and reggae singer. He is the CEO of Burniton Music Group. He won the Best International Act: Africa category at the 2015 BET Awards and Artist of the Year at the 2015 Ghana Music Awards

28. Jah Vinci
Kirk Rhoden is a Jamaican musical recording artist better known by his stage name Jah Vinci. He has been active since 2005, but had his first breakthrough hit in 2008 with his then mentor Vybz Kartel. He was a part of Vybz group Portmore Empire until the group disbanded in 2012