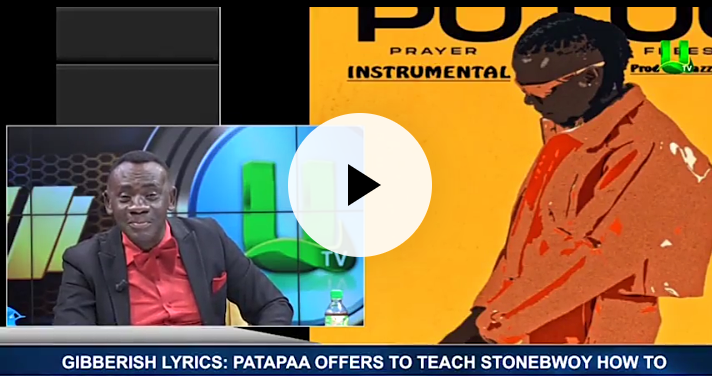 Ace actor and television personality, Akrobeto, is out with his own hilarious remix version of Stonebwoy’s ‘Putuu’ song.

In the past few days and even now, the ‘Putuu’ song by Stonebwoy has become arguably the most talked-about song in Ghana.
Many fans of the musician have done their own ‘crazy’ versions and now Kumawood actor Akrobeto has taken over.

Akrobeto also holds the view of some who cannot phantom why an artiste of Stonebwoy’s caliber will do such a song.

He challenged his viewers to watch him do a better version of the song. As the instrumentals played he did his version.

Check it out and enjoy: