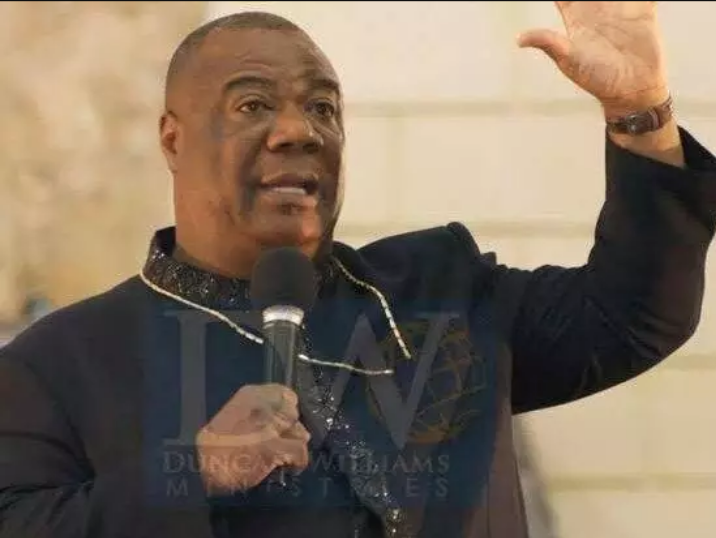 A lot of Men of GOD has taken to social media to reveal what the LORD has in store for the Good people of Ghana as this new month of August unfolds yesterday. Some well meaning Ghanaians has in good faith accepted their various prophecies and powerful prayer utterances. But some still believe that There are some men of GOD who are known for releasing fresh Anointing and unadulterated prophecies and messages from GOD, one of which is Nicholas Duncan Williams.

The Cleric has taken to his personal internet page to reveal what GOD has in store for the Good people of Ghana as we have entered into the new month of August 2020. As he took time release fresh anointing and unadulterated prophecies and powerful prayers to those who will have Faith and queue in to the Blessings that follows the utterances.

I was able to gather the prophecies so that I will not be the only one to Benefit from the Prophecies as I stated below.

The Good has revealed to me that the era of wickedness and evil in the Land of Ghana has come to an end. And the reign of Good and GOD fearing men has come so that the people will rejoice.

God has revealed to me that just as the Bible said that when the wicked is in power, the people weep, bit when the righteous is in Power, the people rejoice. So I decree and declare that all the evil leaders in the Land shall perish in JESUS Name.

The Lord also revealed to me that so long as Heaven is real, that no weapon formed or fashioned against the children of GOD in Ghana and beyond shall prosper in this New month.

I Prophecy to you that you and your household shall live to see the on this New Month. But no only shall you see the end of this month of August, But you shall see the end of 2020 with a lot accomplished in JESUS name.

In this New month of August 2020, I Prophecy that the Good LORD shall preserve and keep you and your household through the days contained in this New month.

I decree and declare that before this Month ends, the LORD will make your enemies to be at peace with you. Because he has already promised that once a Man’s way pleases the LORD, he makes even his enemies to be at Leave with him.

Recite and say AMEN to this powerful Revelations and prophecies and share too for other to queue in to this Heavenly blessings.