I'm Not Under Any Pressure From My Dad's Musical Success - Gyakyie Daughter Of Nana Acheampong. - Gh360songs.com 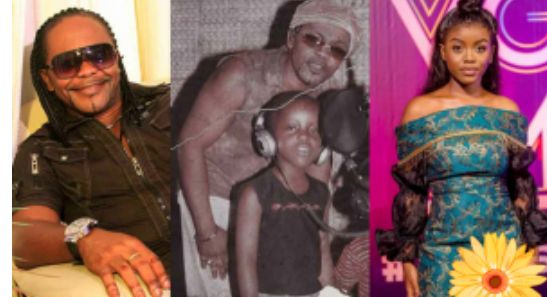 Ghanaian musician, Jacqueline Acheampong stage named, Gyakie and daughter of legendary Nana Acheampong has asserted that her father’s exploits in the music industry are not exerting pressure on her to do better.

According to her, she has set the bar high for herself through the high-quality songs she has written and recorded on her own and not because of her father’s legacy.

The musician made this revelation in an interview on Happy 98.9 FM’s ‘Ayekoo After Drive’ with DJ Advicer.

She indicated that she had done a lot of really good tracks prior to revealing who her dad was. “I had done a lot of music and had not revealed who my dad was then. But I was doing great for myself. I only revealed my relationship with him when I was about to release my album and that has not been bad.”

The sensational singer disclosed that after revealing that her dad was Nana Acheampong, she has had people text her and promise to support her because they are big fans of her father.

CHECK OUT:Mame Dokono – I Am Very Proud Of How Far Shatta Wale Has Come

The young Acheampongmaa added that there are things music lovers are expecting her to do and promised to record a song for her father soon. I’m Not Under Any Pressure From My Dad’s Musical Success – Gyakyie Daughter Of Nana Acheampong.