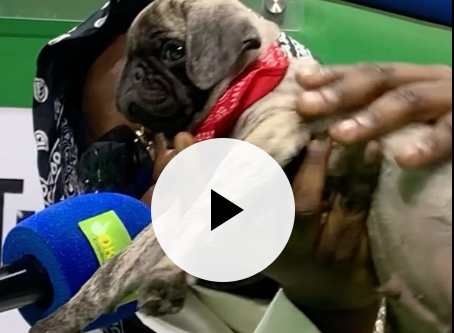 Two of the best rappers that Ghana has ever had Strongman and Medikal in time past had their differences.
Their ‘beef’ back then resulted in an ‘exchange of blows’ in a couple of diss songs where both rappers murdered themselves with punchlines.

There was no clear winner back then but a few weeks after both musicians apologized to one another. So in the mind of Ghanaians, they are at peace now.

This may however not be the case after a comment made by Medikal on Okay FM.

Comparing a common dog to a human being is by far a high level of disrespect.

Their beef might just get rekindled anytime soon if Strongman decided to retaliate.