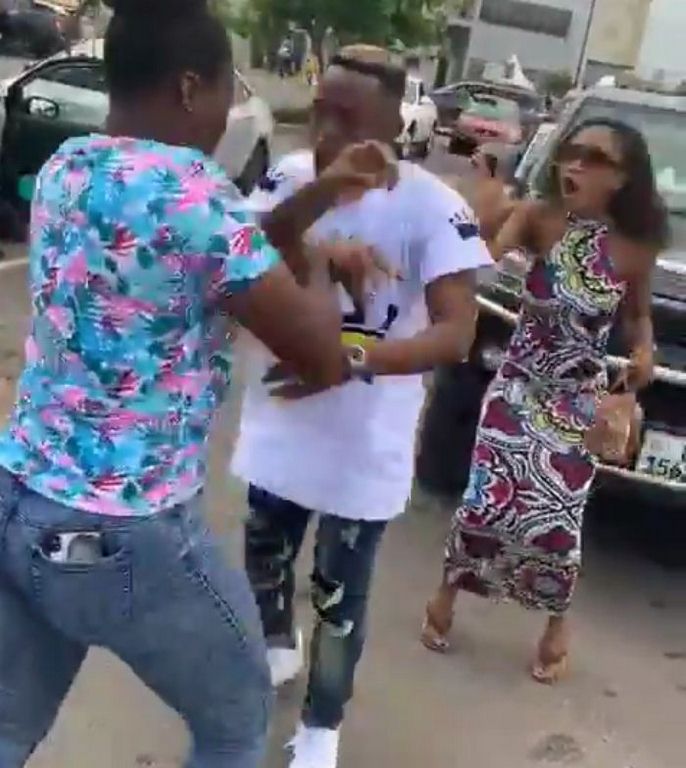 Poloo was attacked by a lady at West Hills Mall, who claimed the man in whose company the actress was, is her husband.

In a video fast circulating on social media, the said lady is seen engaging Poloo in a heated argument as all attempts by her husband to calm her down proved futile.

The man involved turns out to be Poloo’s ‘mysterious’ husband she got married to a few months ago and flooded social media with their visuals.

In the spur of the moment, Poloo tried to explain that what was circulating online was just a music video but the irate lady wouldn’t listen.