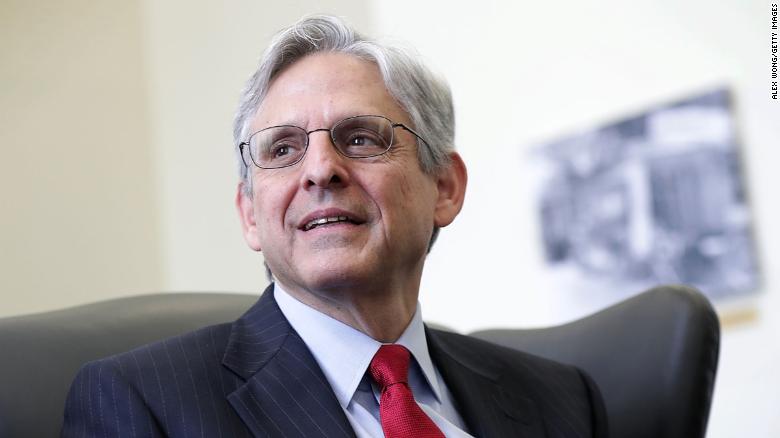 WASHINGTON, DC - MAY 10: Supreme Court nominee Merrick Garland, chief judge of the D.C. Circuit Court, during a meeting with U.S. Sen. Brian Schatz (D-HI) May 10, 2016 on Capitol Hill in Washington, DC. Garland continued to place visits to Senate members after he was nominated by President Barack Obama to succeed the late Justice Antonin Scalia. (Photo by Alex Wong/Getty Images)

USA President-elect Joe Biden has decided to nominate Judge Merrick Garland as attorney general, people familiar with the matter tell CNN, a long-awaited decision that was moved toward completion Wednesday as it became apparent that Democrats were on the brink of winning control of the Senate.

The announcement of the attorney general, along with other senior leaders of the Justice Department, is expected to be made as soon as Thursday as Biden moves closer to filling the remaining seats in his Cabinet before assuming power on January 20.

While Garland has been a top contender for weeks, concerns about the vacancy his selection would create on the US Court of Appeals for the District of Columbia raised alarm bells among Biden and many advisers who believed Senate Republicans would block any nomination to that seat. But with Democrats poised to control the Senate after two Georgia runoff races, those concerns were allayed.