VIDEO: After Paying 3000 Cedis, The Police Have Still Refused To Release Ama Broni’s Body To Us And Her Ghost Keep Hunting Us – Family Of Ama Broni - www.gh360songs.com 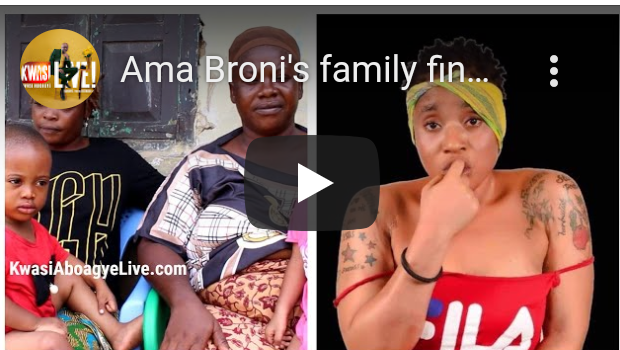 Some Family members of the late  Ama Broni have revealed that her ghost has been visiting them after she died at a street carnival in Liberia Camp in Kasoa.

One of her aunty’s known as Aggie told Dr. Ray of KwasiAboagye during an interview that  Ama Broni appeared to her while she was still in her room.

Aggie said she was in her room when she heard her other siblings saying “leave us alone, are we the people who killed you?”

She added that Ama Broni then appeared in her room wearing a green colored outfit and complained to her that her own family members are driving her away.

Aggie said Ama Broni told her she was feeling cold and had to be moved from where her body is.

Ama Broni’s mother, Esi Mensah also added that she always hears her crying deep into the night which has given her sleepless nights.