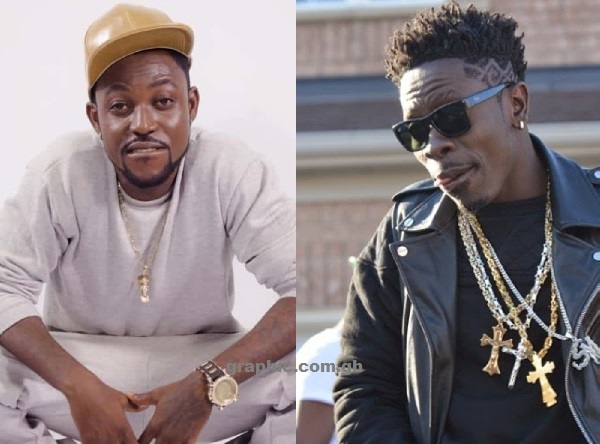 Shatta Wale has shared a funny video on his social media handles as he calls himself the “Ghana music Jesus” amid his incoming beef with Yaa Pono.
I hope y’all remember the ‘Gbee Naabu’ days?. Rapper Ponobiom aka Yaa Pono wants to resurrect his beef with Shatta Wale.
On Wednesday, 17 February 2021, Yaa Pono humbly tweeted asking Shatta Wale whether they should resurrect their 2017 beef.

What ever made Yaa Pono to request for a beef with Shatta Wale remains unknown but he possibly wants Ghanaians to have that past experience.
In his recent post on Twitter, he has asked Shatta Wale whether he should resurrect their beef which went on somewhere within 2017.

Shatta Wale replied Yaa Pono with a blast as he asked him to look for Patapaa to beef him because he is his size adding that he won’t give an underground artist like Yaa Pono a hype.

Hw3 wo Jon, we won’t give any hype to an underground artists anymore you. Go and look for Patapaa dems

Shatta Wale comment gingered Yaa Pono as he took to his Twitter handle to ask if he really deleted his post.
Yaa Pono called him his ‘pikin’ when he was asking him whether he was the one who called him ‘Jon’ and ‘underground artist’.
Well, Shatta Wale has shared a new funny video of himself amid Yaa Pono’s call for them to beef on social media.
In the edited video, Shatta Wale provided a caption calling himself ‘Ghana Music Jesus’. He wrote: