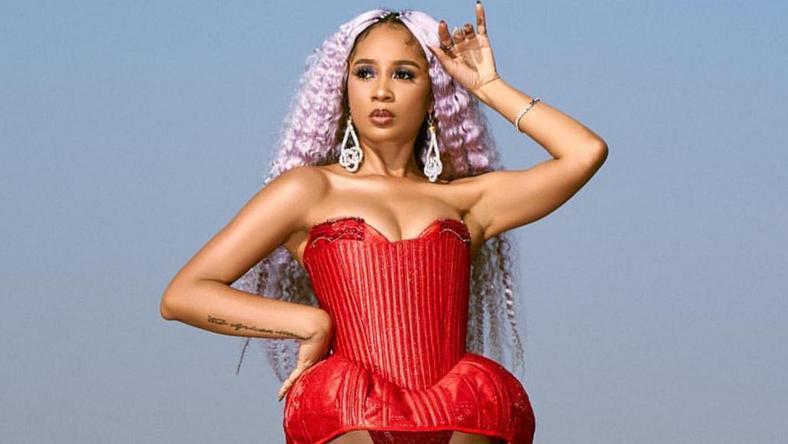 Sister Derby is advocating for people who find themselves in the LGBTQI community to enjoy legal freedom in Ghana.

This includes people living in Ghana who identify themselves as lesbians, gays, bisexuals, transgenders, queer or intersex. The argument around being a homosexual in Ghana sparked after an LGBTQI office was opened in Accra with some reps from the E.U.

According to reports, the office has been shut down in accordance with Ghana’s law that defines any homosexual act as illegality. However, the likes of Sister Derby are advocating for the laws to be changed so that LGBTQI people can enjoy freedom in Ghana.
Taking to Twitter, she wrote, “Bloodclarts, legalising #LGBTQI does not mean they are coming to molest or rape you like your uncles did while mothers protected them. That’s a crime”.
She ended the tweet by saying that “It means they will be protected from homophobes like you, so you can’t harm them! Let them be! Period! #LGBTQ #LGBT”.
Some tweeps who disagree with Sister Derby’s opinion have since been dragging but she remains resolute and defiant to her opinion even though the backlash she keeps receiving is increasing.
Why have a law that says criminalise humans whose sex preference is diff from yours? Why does their toto concern you so much? Yet you don’t get this angry when people are raped, children are forced into marriage, or even innocent people killed?! Common sense is lacking obv #LGBTQ”, she tweeted.
The Ghanaian model who has nicknamed herself the African Mermaid went on to disagree with the clergy that called for the LGBTQI office in Accra to be closed when she tweeted that “The bishops/priests claim Jesus was the most kind person who they follow while being wicked to a marginalised group Jesus would have protected and fought for!!! Think about it. #LGBTQI #LGBTQ”.