Dwumani Godfred professional known as D-scotch is a Ghanaian song writer  rapper and singer as well. He use used to jam on drill beats. He is from Bekwai in the Ashanti Region but stay at kumasi (Kumerica)
D-Scotch the talented and amazing artist from Kumerica comes out with his second maiden drill banging piece by the title “Sika SeM” meaning money matters. This one is a banger, you can just stand watching when the jam is stuck on replay
In this song, he says everybody who wishes his downfall will fail his plans early 6 O’clock in the morning, the song is really inspired. Production credit goes to IzJoe Beatz the Ghanaian beat beast. Update your playlist before it’s too late. 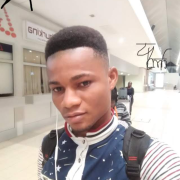 How to check your MTN Momo next of Kin, Check and be safe